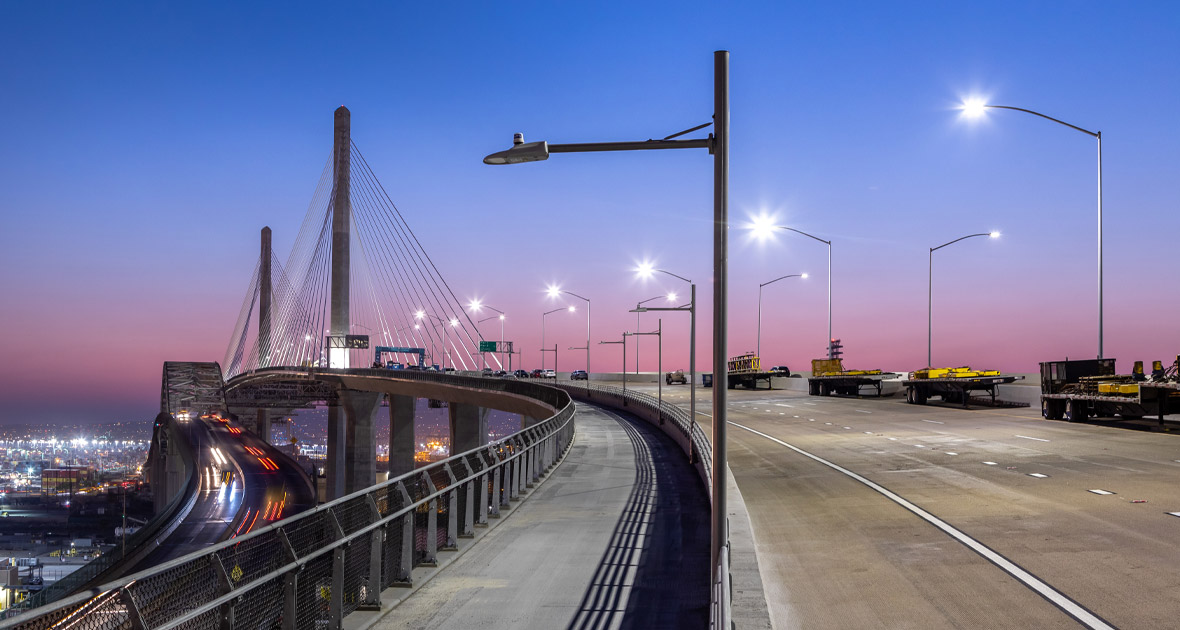 Led by Shimmick Construction Company, Inc., work on the design-build project began in 2013 to design and construct a new bridge that enhances a critical cargo route for one of the busiest U.S. ports, This was 46 years after ground was broken for the previous bridge designed primarily for transporting cargo and employees of the Long Beach Naval Shipyard.

“The opening of the bridge is the result of hundreds of thousands of hours of work from skilled craftsmen, engineers, designers, and project managers,” said Bob Schraeder, Director of Design-Build for Shimmick. “We all rejoice in the accomplishment of completing THE signature bridge for Southern California, which, in addition to being used by the Port of Long Beach for the transport of goods, will be a monument for our children and grandchildren and will serve many generations to come.”